Research Project on Islam and Gender: Towards a Comprehensive Discussion

This research is built on the accomplishments of the first "Islam and Gender Studies" KAKEN project: Basic Research A "Basic Synthetic Research for the Construction of Islam and Gender Studies" (2016-2019). The purpose is to consider various problems that the modern world faces and to seek solutions [For the activities of the 1st "Islam & Gender Studies", please refer to link].
Today, the world is witnessing conflicts, refugee problems, extremism and terrorism, sexual violence, anti-immigration, prejudice, discrimination, and various forms of inequality.
For example, the effects of recent refugee crisis from the Middle East and North Africa have spread beyond the region to a global scale, triggering Brexit and anti-immigration movements, which are now creating divisions among people around the world.
"Islam" and "gender" are important methodological perspectives in terms of analyzing structural movements that create such divisions.
Based on the accumulated knowledge and debates surrounding Islam and Gender Studies so far, this research aims at enhancing a more comprehensive discussion through expanding the network of researchers and civic organizations in Japan and overseas.

Middle East and North African countries remain particularly low in the World Gender Gap Index.
It is a problem involving complex and multiple factors such as foreign interventions, induced by the region’s geopolitics and rich underground resources, as well as a strong presence of patriarchy, delay in democratization, economic inequality, frequent conflicts which are generated in the global context.
Nevertheless, the gender issues in the region has often been regarded as the problem which originates from the component specific to the region, Islam.
Researches on the relationship between Islam and gender issues have been particularly active since the 1970s.
Into the 21st century where gender awareness and knowledge are renewed and expanded, further research is required.
In particular, problem-solving-oriented research aiming at gender equality is an urgent and important issue also in the light of the United Nations Sustainable Development Goals.
Such international interest is also shown by the fact that a growing number of women from the Middle East and North Africa are awarded the Nobel Peace Prize over the past decade. This includes Pakistani activist Malala Yousafzai (2016) and Nadia Murad (2018), an Iraqi Yazidi activist, who raise their voices against conflict and sexual violence.
On the other hand, it should also be noted that those with global interests tend to impose universal values of Western origin that is often accompanied by indifference or potential prejudice against Islam with the idea that they are rescuing the oppressed women in the region.
What we should pay more attention to, however, is the ideological and practical aspect in conflicts, where attempts are made to resist violence and human rights abuses by governments and groups in the name of Islam, and to revisit the idea of justice in Islam.
In this conflicting situation, many of the problems that the modern world is facing are discussed around the issues of gender and Islam.
Hence the aim of this research project is to create an environment in which anyone can overcome indifference to Islam or the stereotypical view that links Islam with the oppression of women.
With this objective in mind, a new intellectual framework called "Islam and Gender Studies" was constructed to meet academic demands for solving global problems.
The academic "questions" to form the core of this research, can be summarized in the following three points: 1) How the current global problems (conflicts, refugees, extremism and terrorism, sexual violence, immigration exclusion, etc.) develop in connection with issues related to Islam and gender; 2) How people live their lives, make up their own ideas to solve and confront problems; and 3) What can be the measures to overcome such various problems that could be applicable to many regions.

The objective of this research project is to explore the three questions above from an Islam and gender approach with researchers within and outside of Japan, as well as civic organizations.
Islam and Gender Studies is neither an application of gender studies, "Islamic Studies" to explore Islamic logic and ideology, nor one of the "Islamic Regional Studies" to deal with logic, ideas, and phenomena peculiar to the Islamic region. It is also not the fusion of all of the above.
The ultimate academic goal of this new intellectual approach is to develop new knowledge through discussion of the problems that humankind is confronted through the two perspectives of "Islam" and "gender".
In today’s problematic circumstances (conflicts, refugees, extremism and terrorism, sexual violence, immigration exclusion, hate speech, etc.), this study focuses on the growing tendency of division among people.
Refugee issues originating in conflict areas, including Syria and Myanmar, have expanded to global challenges, triggering Brexit and anti-immigration movements, such as restrictions of transnational movement or social exclusions based on one’s birthplace and religion, which are all creating divisions among people around the world.
Various "barriers", "disparity", and "friction" are created in these divisions.
A typical example of this is discrimination and oppression based on xenophobia.
What kind of lines divide the world, and what kind of barriers, disparities and frictions are imposed on people in such social environment?
In this research, we aim to grasp the "barriers", "disparity", and "friction" that exist in the world we live from the daily life and everyday feelings of people, and to consider them in the political and economic context.
Another goal of this research is to overcome these divisions.
It is important not only to examine dividing lines, but also to consider how to overcome them.
Ultimately, we will clarify what "coexisting society" means in the modern world and what is necessary to realize it, and create concrete proposals and advocacy to solve problems accumulated in the current situation, in collaboration with civic organizations and international institutions.
The significance of this research lies in, above all, the approach named "Islam and Gender Studies".
The approach of considering the global issues in connection with Islam and gender may provide a new understanding for social practices which are based on the existing school of humanities and social sciences.
It is no coincidence that this approach was created in Japan, not in the Islamic regions or the Western countries.
Japan has kept a certain distance from Islam both historically and geographically, enough to keep objectivity and examine it apart from that of Europe, the United States, and the Islamic regions.
This point has already been evaluated overseas, and the collaborative relationships are formed between front-line researchers where some Japanese scholars are being asked for suggestions with an approach different from European, American, or the Middle East.
In addition, we hope this research will contribute both academically and socially for Japanese society in order to deepen our understanding towards Islam in line with the recent increase of the Muslim population in the country and the increasing communications with Islamic countries, and to improve Japan’s dismal gender gap in the future.

Greetings from the Project Leader 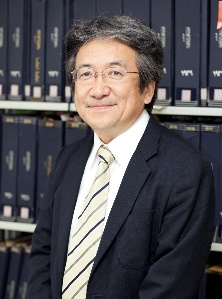 Regarding Islam and Gender Studies (IG Studies), I would like to share my in-progress and unsophisticated draft ideas about what it exactly is. From my perspective, IG Studies is not a sub-field of Islamic Studies, nor a new field of Gender Studies. Both Islamic Studies and Gender Studies have their own scopes that cover the whole world and they are, by nature, inclined to explain the world by their own objectives and with their own tools. Because both of those fields have scopes that are so wide and comprehensive, I would understand if anyone thinks IG Studies should be a sub-field of them. Nonetheless, I see a potential for IG Studies to develop its own scope, approach, and objective even though it undeniably shares interests with Islamic Studies as well as Gender Studies.

IG Studies also hold a strong relationship with Area Studies. In fact, many of the members of the project, within their own academic disciplines, still call themselves the Middle Eastern Studies scholars or Islamic Area Studies scholars. In this sense, IG studies owes a lot to Area Studies. However, unlike with Area Studies, discussing and examining Islamic region or the Middle Eastern region are not the main aims of IG Studies. Gender issues are, of course, inevitable to all Humanities or Social Science studies including Area Studies, in today’s academic world. Islam may have not yet reached to that same status. However, Islam is no longer an issue that maintains its significance only in Muslim majority regions such as the Middle East. In many parts of the world, Islam started to gain its own significance. Precisely because of this nature, IG Studies get to cover all the regions of the world and the inter-relations among multiple regions. The focuses of IG Studies are not limited to any particular regions, since neither are gender issues.

As for myself, as an Area Studies scholar specialized in the Middle East, I have been conducting research in the region, mostly in Egypt, for nearly four decades. In doing so, I kept encountering Islam in numerous occasions. Islam has always been an important aspect of my studies. Nevertheless, honestly speaking, due to the limit of my academic discipline (Social and Economic History) and my personal intellectual capacity, I have never gotten deep into the House of Islam (Dar al-Islam) by myself. Instead, I stopped myself at briefly touching ‘the House’, and I left the task to my outstanding colleagues. At the same time, as an Area Studies scholar, I must respond to some gender issues in the region as well. Neither ‘Citadel of Gender’ nor the House of Islam was easy to access. Yet, I have done my best with my terrible recklessness, fortunately an essential ability to make great Area Studies scholars, and ended up publishing some unsophisticated papers on gender in the Middle East.

The ampersand creates a space between Islam and Gender that invites something new to play its role. Take the nation-state as a simple example. By placing the nation-state in the middle, we can think of specific research topics such as the issues related to state feminism and its Islamic implications, or the state-enforced family model and its effect on Islam, and so on. By inserting nation-state in the middle, we can question the modern nation-state from the perspectives of Islam and gender. As such, we are hopeful that this third factor will open a gate to a new academic scape.

It is important to note that the objective of IG Studies is not to please academia. The core of IG Studies is derived from the passionate interest on today’s ongoing social issues. We must not undermine the possibility of IG Studies by making it into a mere project of the expert, by the expert, for the expert. We need to constantly be reminding oneself that we are individual citizens living in today’s world before being intellectuals.